It’s an unavoidable situation. You’re at your neighbor’s BBQ and your friend’s mom wants to know what it is, exactly, that you do, or have been doing, for the past five years.

Of course, three hours before, you were prep-talking yourself in the mirror, proudly expounding on all the wonders of being an independent filmmaker, someone who makes stories come alive on screen, a maker of magic.

But once you’re there, in the thick of it, having to actually take responsibility for what it is you do – which is not magical or glamorous or romantic, in any way, shape or form – it becomes a little  intimidating, mainly because people seem to think that making film is super fantastic and easy and a dream, when, in actuality, it’s pretty damn difficult.

My latest project – a modern-day adaptation of Shakespeare’s romantic comedy “As You Like It” set in San Francisco’s hip Mission District – just adds fuel to the fire.

Now, once we’ve moved past the fact that I am a filmmaker, and a struggling one at that, the question arises, Why Shakespeare? Why… “As You Like It”? Why… are you doing this again?

It’s a fairly simple explanation, and if you donate just a few more minutes of your time, I’ll describe to you exactly what I’m thinking:

I love Shakespeare. Some of my earliest memories are of my brother and I, standing on a stage, paraphrasing (IE: screwing up) the Bard’s text. I had trouble talking when I was little, and, to top it off, I was exceedingly shy. Shakespeare offered a linguistic sanctuary for me.

We would get sent home with “Romeo and Juliet” or “Hamlet,” and I would stay up ‘til midnight, reading his text out loud until I was hoarse and had to stop. I was addicted to his language.
If you don’t know, really know, what I’m talking about, I have an exercise for you. Say this out loud to yourself, in a relaxed fashion.

To be or not to be; that is the question.

One of the most recognizable statements in all of Western literature. What makes it so perfect, so beautiful? Why are we drawn to this simple statement, this simple arrangement of words? Were they just casually strung together? Or, was their an intention to their placement?

When we desire clarity, do we whip out a thesaurus and string together a bunch of complicated, multi-syllabic words? No. We simplify. We strip away the nonsense and permit ourselves to speak like neanderthals. No. Yes. No. Yes. No. Yes. I am. He is. We are. They stole. My lunch.

Shakespeare has stripped away the flowery verbosity so often used in his text and grounded himself, grounded Shakespeare, grounded us, as his audience. He is laying it all out there in a pure, simple tongue so that we can understand, very clearly, the statement:

To be, or not to be; that is the question.

There’s pretty much no way of simplifying that statement. And that’s what makes it so glorious, and so brilliant. It is the foundation upon which this whole masterpiece of a play is built.

Anyway, you probably get the point. I could carry on, but my words are running out on me. Time to wipe the geek away and carry on. So let’s now focus on the filmmaking side of this situation:

After a childhood filled with Shakespeare and other silly nonsense, I was inspired by Lord of the Rings

to start making movies. So shoot me.

I transferred to USC’s School of Cinematic Arts after receiving an excellent education (this is not sarcastic) in video production from College of Marin, a junior college in the San Francisco Bay Area and working as a cameraman for the San Francisco Giants.

While at USC, and, actually, starting when I was sixteen, I had held all sorts of internships and apprenticeship positions in a variety of fields within the industry.

By the time my final semester at USC rolled around, I was ready for something new. I was hungry to make something of my own, to get started on an actual filmmaker’s career… you know, the kind where you actually get to make movies?

And then, the stars aligned, on a beautiful, warm May night in Santa Monica. The Aero Theatre was playing Kenneth Branagh’s magnificent gift to cinema, “Hamlet,” in 70 mm, and I was reminded of my adoring love for Shakespeare.

After grabbing some of Shakespeare’s plays off the shelf, and revising old characters and story lines, I fell upon “As You Like It,” one of his more mediocre plays, and I say that with a smile because, remember, I’m comparing it to his other works… Mediocre, perhaps, but potentially brilliant for filmmaking purposes, and here’s why:

When it comes down to it, “As You Like It” is a love story, like “Love Actually” is, about several different characters trying to fall in love.  A highly original and risky idea, to be sure, but worth the gamble even so.

It’s an ensemble piece with an opportunity to include a great cast of  talented actors who are willing to practically donate a few days of  their talent. The characters are wild, dynamic, energetic, emotional, saucy, and, best of all, easily amenable to just about any environment out there.

And that was the third thing. Environment. “As You Like It” is so ready to be embraced by the mighty visual powers of filmmaking. There are two distinct, clearly-defined and contrasting environments – a cold, harsh one, and a warm, welcoming one – that can be visually very well-articulated. Then, there’s a diverse cast of characters, and their highly individualized habitats, which keeps the audience intrigued and engaged.
.

When it came down to it, I really could not have asked for a better play. It was, and has been, perfect in terms of logistics and pre-production.

We kept the original text, but managed to cut several tangential story lines in the play and still maintain the integrity of the story, which would not have been possible with many other Shakespeare piece.

And,we’re feeling the blessing of riding Shakespeare’s coat-tails… People actually WANT to get involved with our project and show it love, and for that, we truly are lucky.
.

Marika Sonja Cotter recently escaped USC’s School of Cinematic Arts with a degree in Cinema-TV production. She enjoys bringing literary works to life on the big screen and looks forward to pulling together a wonderful cast and crew for her first feature-length film endeavor, “LOVE: As You Like It.” 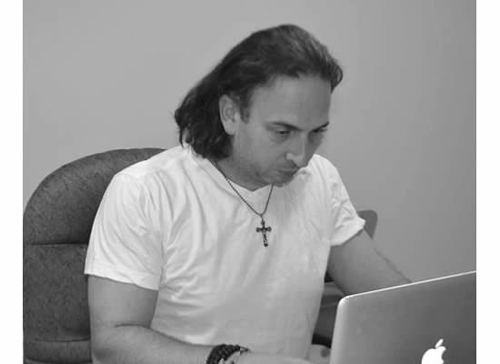 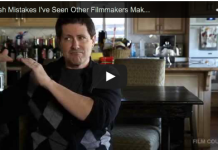