Making a movie without any money, completely independent of any resemblance of a Hollywood film studio wasn’t exactly what I had dreamed of when I set out to be a filmmaker, but after my experience writing, producing and directing the low budget indie feature Wild Blue, I can’t imagine doing it any other way.

Wild Blue was a passion project of mine that I had been feverishly trying to get produced for several years.   After successfully competing in several screenplay contests I was able to partner with (then separate from) a couple different managers at boutique agencies who passed the script around to various independent and studio producers across the Hollywood landscape.  The one thing we continued to hear back over and over with our rejections was that they liked the story, but it wasn’t big enough to sell.  At the time I wasn’t sure what that even meant. 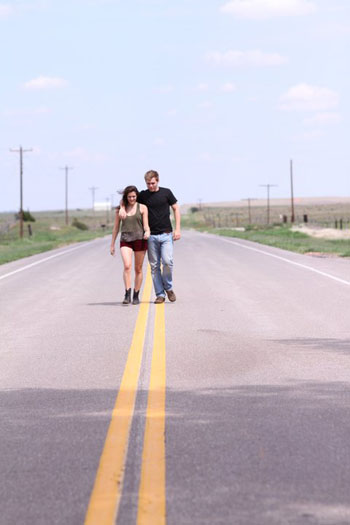 After thinking about it and examining the kinds of movies put out by the studios it became quite clear…this was not a story meant for Hollywood to tell.  There were no big action sequences or explosions, no blood or gore, no ghosts or vampires or zombies, no comic book heroes or a sappy love story coming from some alternate universe where romance was built on an unrealistic formulaic timeline.

Wild Blue is a slice of life drama based on my experiences growing up in small town Oklahoma, and my family’s experience in the world of foster care.  I’d see some of the unlucky kids miss out on adoption, and slip through the process only to find themselves released from the state after their 18th birthday.  I wondered what it must have felt like with that newfound sense of freedom…maybe somewhat like a prisoner after an extended period behind bars.  The next step in their lives must have felt so frightening and surreal.  It became a story I wanted to tell.

I was sitting in a small bar in my Chicago Lakeview neighborhood sipping dollar beers with my producing partners Caitlin Laingen and Chris Hong when it finally dawned on us…why couldn’t we just make Wild Blue ourselves?  I mean why not…we knew great film crew members interested in working on projects with solid stories, and we had successfully produced several short films that had solid festival runs and even been picked up for distribution.  We finally came to the conclusion that most wannabe filmmakers reach at some point or another.  If we didn’t make the film ourselves it was never going to happen. 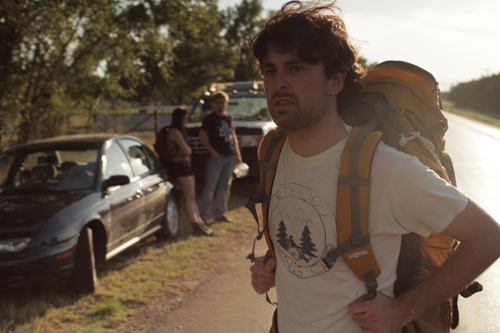 Wild Blue is a road movie, and we decided early on that for the movie’s sake we were going to take the harder (and what looked to be impossible) path of actually filming on the road.  As every indie producer knows, raising money for a film isn’t easy.  I truly agree that it is the hardest part of producing a film, but we did what we had to do to raise the minimum amount possible to make this film happen. (You wouldn’t believe me if I told you what our final budget actually was)  We did the normal social networking crowd fundraising, we asked our friends, family and everyone we knew to donate/invest, and I cashed in every favor I had built up over the years of working on other people’s projects.

With such small budget we knew we had to cut our expenses down to the bare bones, and find ways to trim expenses for lodging, gas, travel, food, etc.  We decided to go with a tiny crew of the most dedicated people we knew, who still had the love of filmmaking.  It was obviously going to be a challenge to talk a crew into hitting the road with us for a week with minimal amenities, so we offered them the only thing we could…the chance to do something new, and get experience with every aspect of filmmaking. 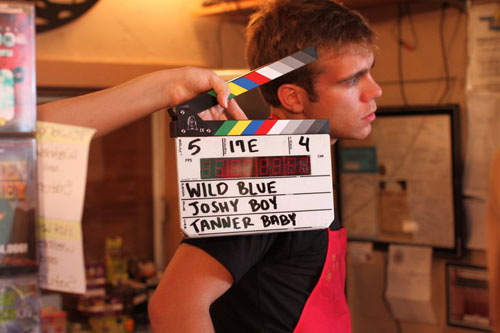 We also knew casting was going to be one of the most important challenges of making this a successful movie.  Not only did we need good actors to help bring the story to life, but we also needed the right kind of personalities to go with us on the road and be okay with the kind of movie we were going to make.  Knowing we would be in tight spaces together for hours at a time on the road under extreme conditions, we needed people who would mesh well with the rest of the crew.  Any actor coming in with a prima donna attitude would crack under theses conditions, and would likely walk once they got a taste of being completely submerged in the deserted landscapes under the extreme Oklahoma heat.

We put casting calls out to anyone who would listen, and attempted to see as many faces as possible for our main roles.  In the end we ended up looking at over 1,000 actors for the three leads.  After several months searching through seemingly endless mounds of headshots and resumes, and several days of auditions we found not only the 3 best actors we could, but also the 3 best people that were right for the project.

Devin Archer, Maya Boudreau and Kurt Conroyd worked out better then we could have ever imagined.  Not only did they handle the conditions with ease, but they used the challenging aspects of being on the road and channeled it into their character’s performances.  It is truly a director’s dream knowing your cast has your back and is willing to fight for the good of the project.

I was able to fill in most of the smaller roles with some of the great Chicago actors I had worked with along the way on my past short films (Bill Redding, Kate Froehlich and Debbie DiVerde), or talented actors I had seen along the way (Tommy Beardmore, Bruce Speilbauer and Mercedes Leonard).  We even lucked out and found excellent local actors to work with on the road including Brenda-Marie Whitehead in Oklahoma and Sarah Addison in Missouri.

We mainly filmed in the middle of nowhere in Northwest Oklahoma near the area I grew up as a kid in the small town of Laverne, Oklahoma where my brother Gabe is employed as the town superintendant and the friendly locals were excited to be a part of a movie.  It couldn’t have turned out better.  Gabe organized it where we could film at all the authentic locations we wanted, and freed us from the permit and traffic filled hell that comes along with filming in the city.  My sister Haley drove up from Oklahoma City and took care of all the craft services and meals that can easily take up the bulk of any films budget.  It ended up being a huge lifesaver.  We had these magnificent feasts donated by family and friends in the local area.  Nothing can pick up a crew’s spirits after a long day filming in the hot sun more than a nice home cooked meal.

I learned so many things along the way of making Wild Blue.  Mainly, that there will always be challenges that come up and threaten the outcome of your movie, but if you put in the work in the beginning you can always find a way to overcome them.  As we continue to work through post-production towards our end goal of a finished feature film I am excited for the next challenges that come my way, and know that with the right cast and crew around me that I can continue towards making a solid film.

There are a million excuses that you can tell yourself of why you shouldn’t make a movie on your own, and you will hear all the doubt from others of how unlikely and improbable it is to succeed, but with enough determination, hard work and a bit of luck you can make a movie wherever you are…no matter if you live in Hollywood, Chicago, or Laverne, Oklahoma.

For more information on how you can help produce Wild Blue, and to see a sneak peek teaser, please visit here.

Josh, a native of Waynoka, Oklahoma got his start on several popular network television shows (American Idol, 30 Days, The Biggest Loser), and has worked various positions on a variety of independent film projects. Josh’s has written, produced & directed 5 short films that have now screened at numerous film festivals across the globe.

In the Summer of 2011, Josh wrote & directed his first feature film, the dark comedy Wild Blue, which has been named a finalist for Best Original Screenplay at 7 different national competitions. He looks forward to the film’s release in late 2012. 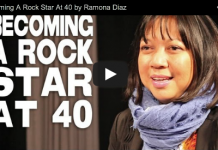 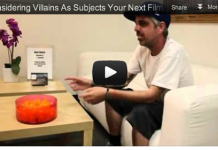 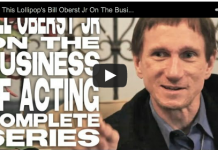 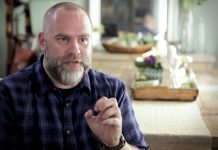