We began making our feature film debut “Locomotive” when we were twelve years old.

We met around a rack of comic books at the local book store. Our grandfathers would take us, separately, to the mall each weekend, and we would find each other repeatedly in that same section.

One of our first conversations was an idea for a movie about a pair of superheroes. Our intention was to create a thrilling on-screen partnership, but the real collaboration that occurred as a result of that talk was purely off-screen. At least until recently. In a lot of ways, we’ve been working toward this movie since that first meeting.

“Now, the superheroes who would have championed our film have been replaced with art makers, and the large stage we set for heroes and villains to war in is now a smaller one populated by men and women struggling with each other’s
idiosyncrasies and infidelities.”

Now, the superheroes who would have championed our film have been replaced with art makers, and the large stage we set for heroes and villains to war in is now a smaller one populated by men and women struggling with each other’s idiosyncrasies and infidelities. This doesn’t mean we’ve lost our passion for storytelling on a grand scale. Instead, through the long discovery of what we feel are the truly great films, and with the experience of what we hope have been studied lives, we simply broadened our curiosity and interest to include all types of stories.

As long-time friends, it’s interesting to be able to work on a project and not only be able to reference other movies that we’ve both been affected by, but also experiences we’ve both been through. Rather than needing to qualify a scene we’re working on by noting a scene in a film that’s familiar to both of us, we can say, “Do you remember that train station from this one street, in this town?” It’s incredibly helpful as collaborators to share such a common language. Of course, we have to be mindful to insure our experiences don’t translate to purely emotional out-spill, and instead craft a true narrative that an audience can enter into and participate in.

“The characters’ relationship to music grew organically out of wanting to tell a story about a particular type of person, someone on the fringe that constantly defies your expectations, that you really have to work to figure out. Is this person, and his
effect on people, a positive thing,
or is it negative?”
.

Locomotive is an extension of so many things that have interested us both personally and as artists since we first met: the fragility of relationships; the fickle nature of popular culture and how it can easily be recycled; the ability of art makers, in this case musicians, to reshape their reality; and of course the point where these things intersect, and how they interact.

The characters’ relationship to music grew organically out of wanting to tell a story about a particular type of person, someone on the fringe that constantly defies your expectations, that you really have to work to figure out. Is this person, and his effect on people, a positive thing, or is it negative?

We both enjoy the convention that a theatrical play’s performance is continued by the audience as they leave the theatre, as they regroup in a restaurant, bar, or other gathering to address the questions raised by the piece. It’s maybe worrisome that people don’t seem to feel this need as often when leaving a movie theater. We always think of the audience as contributing to the final film. In the same way that a good team of filmmakers considers the voice of everyone working on the project, we try to consider the audience’s voice as well. What questions will they want to answer themselves, or debate with other viewers? Are we allowing them that opportunity, or are we boxing them into a corner of set facts and indisputable motivations? 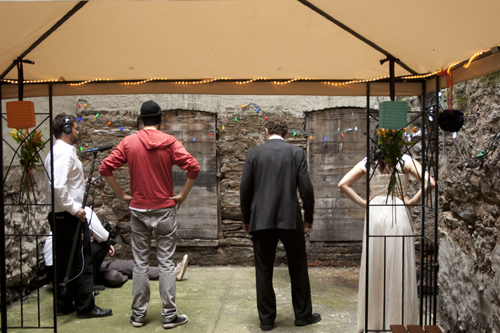 The cast and crew for our projects are built of people who are interested in the story we’re telling, and who have the desire to work together not only as artists but also as friends. Early on, we learned that it was easy to gather people to a project as long as we had sincere enthusiasm for the work, and an honest desire to learn our way through the inevitable mistakes that come with any artistic venture. And we’re lucky now that, after making mistakes, and with the actual know-how they helped us to gain, we still find we have the same determination.

“But even at its most difficult, it’s worth it. As long as quality work is the goal, and not an imagined prize, nor the fostering of an individual ego, projects seem to continually succeed, because the reward is always being received in the moment, all the time.”
.

Because no matter how prepared you are, difficulties will continue to creep up. Making a truly independent film is hard. You need to coordinate all the same elements as any fully-funded movie. Camera, sound, light, wardrobe, and on, all need to be designed and operated with talented patience that is often asked to be executed at a hurried pace, because all of us, cast and crew alike, somehow need to be both well-rehearsed and well-rested, and on a meager budget transported and well-fed, in order to accomplish all these things on the sometimes worn-out-welcome of longstanding volunteers, despite our intricately and sometimes inventively conflicting personal schedules.

But even at its most difficult, it’s worth it. As long as quality work is the goal, and not an imagined prize, nor the fostering of an individual ego, projects seem to continually succeed, because the reward is always being received in the moment, all the time.

If you build a love of the process and not the outcomes, what you end up with is an environment of balanced positivity that starts to motor itself, and continues to propel itself forward. The best individuals take the negative forces in their lives and turn that into fuel for their work. This doesn’t need to apply only to the creative side of the field. The breakdowns that can occur, and will occur, on the technical side can be used in the same way. This is true for the simplest things, such as not having the right clips to hang the bathroom towels you had to find on location to block out light because your roll of Duvetyne was misplaced (probably by you), to more insomnia-inducing realizations like discovering that you failed to address a major character element in the footage you shot two months ago in the location that has since been gutted and renovated.

Luckily, the same curiosity we once learned to extend to storytelling in all its forms also extends now to whatever problems we may run into, and how we choose to steer past them. With even the little confidence that comes from simple experience, problem-solving has become a major part of enjoying the process.

Things are constantly changing: in the story, on set, in the edit, and in life. These changes can seem abrasive at first. And they may cause problems, but we’re happy to be constantly building a team of collaborators willing to face them, armored with the same simple joy for storytelling that we initially discovered in the book store, and capable of helping us turn these problems into little victories.

It’s a difficult business, and it’s important to drag all the little victories with you, as long as you can. Like one box car connected to another.

Adam Lucas (writer and producer) is a filmmaker and playwright whose plays, like him, have stuck primarily to the east coast, from Florida to New York City. He has doctored several works for television, though he won’t tell you which ones. And he has had several short films produced which have done well enough in the festivals, thank you very much.

Jeremy Waltman (director and writer) is an American artist, educator, and filmmaker. His work has included drawing, painting, sculpture, film concept art, graphic novel, and new media. He has taught at Florida State University, Art Institute of Philadelphia, Ursinus, and La Salle University. His work has been shown internationally. 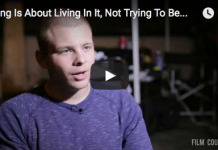 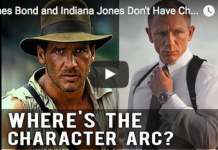 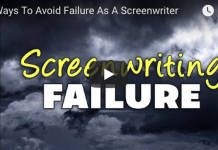 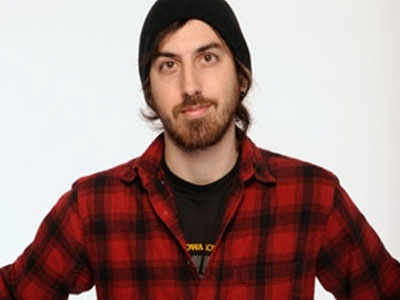