Home Articles Doing The Unthinkable by Julio Ponce Palmieri
Share
Facebook
Twitter
Google+
Pinterest
WhatsApp
Linkedin
ReddIt
Tumblr
.Ten years ago I was heading to work as a bouncer for one of the main nightclubs in the infamous Entertainment District of Toronto.  I was gaining experience as my goal back then was to eventually join the Metro Toronto Police or perhaps the prestigious RCMP.   But, what I never expected that night is that my life would change and it was all because of Edward James Olmos.

The city of Toronto hosts the Indy car races (it was called the Molson Indy back then) and Mr. Olmos had attended it earlier and that night he had entered the nightclub with one of his sons.  As I immediately recognized him because of his Miami Vice fame and because of his Latino background, I approached him and greeted him in Spanish.   Being the gentleman that he is, he politely acknowledged me, introduced me to his son and asked me what Toronto was like.  After a small and casual conversation about his films, suddenly the word “script” popped up.  I stopped, blankly stared at him and asked: “What’s a script?”.   Fast forward to 2011 and I’ve never seen or spoken to Mr. Olmos since, but that brief encounter planted the seed:  the filmmaking seed.

The first thing I did when I got home that night was to print “The Godfather” script and watch it side by side with the finished film.  And I did that with about 25 more films.  Then I did the unthinkable: I attempted to write my first script with no screenwriting experience whatsoever.   Never did I imagine that it would come easy for me, but it just did.  Was it meant to be?  A casual encounter disguised as a moment of fate?  Only time could tell.

Fast forward to 2003 and my first two short film scripts got picked up by production companies, submitted to festivals and won awards.  But, something was missing, I wasn’t directing my films.  So, I did the unthinkable back in 2004:  I wrote, directed, produced my first feature film in 7 days using one camera, two crews and a budget of $1500.   Suddenly, nothing could stop me.  Two more feature films and half a dozen short films just emanated out my brain, soul and camera.  People in the film biz would mock me as they would claim that making any film under those conditions was impossible and it would amount to nothing.  But, I kept getting festival play, nominations, awards, showcases and even world-wide distribution for my films.  One feature film I did in 2008 for $400 even went theatrical in Guatemala for two full weeks and ended up playing alongside huge Hollywood films. Little did I know that I had been one of the first few brave souls in filmmaking who had started the “no budget” indie movement.

In 2010, as the film industry had completely experienced a revolution with the use of the DSLRs and the availability of professional post-production programs to the general public, I decided that it was time to step it up.  And I wanted the whole world to see how passionate I am about this wonderful film biz and my storytelling.   So, yes…(you guessed it)…I did the unthinkable:  With no money, no crew, two Canon 7D, two MacBook Pros, an excellent co-director/producer/VFX  and a group of talented actors, I entered the so ever popular webseries arena.

Being from Latino background, originally from Guatemala, I have always been fascinated by the Mayans, having visited many ancient cities throughout my lifetime.  And with the hype of the Mayan prophecy of the end of their calendar, I realized that I had found my new project: “2012” The Webseries.   The first thing I did was to partner with good friend and talented filmmaker Alex Freitas whose self-taught approach to filmmaking rings true to me.   And as a two-man army,  Alex Freitas and I split all the producing, directing, filming and editing duties of the “2012” webseries.   The only thing we did independently of each other was my duties as a screenwriter and his duties as a VFX ass kicking machine.

Once the casting began, many actors turned us down, many people claimed they wanted to be involved but last minute they ran for the hills, afraid of the harsh winter months of Toronto.  Only the stronger ones remained, actors like Paul Tait, Danesh Hanbury, David Burfoot and Colin Paradine who endured countless days on location in the deep forests of the city parks of Toronto.  But, we all persevered, remained focused and we got it done.  And I am eternally grateful to every single person who participated, helped and pushed us in the right direction to make the “2012” webseries a reality.   They all believed in my creation and I have nothing but respect for them and specially for Alex Freitas who for months did his magic to bring to life the awesome moments that I had envisioned in my head while writing the script.

“2012” tells the story of a handful of people who survived an alien invasion that happened on the last day of the Mayan calendar: December 21, 2012.   As one of the survivors tries to cope, he experiences unexplained visions of Mayan cities and an unknown Mayan god who holds the key to the salvation of humanity.  “2012” has got aliens, spaceships, zombies, fights sequences, great dramatic performances and a script filled with mystery and the supernatural.

As my film career is quickly approaching the 8 year mark, my advice to those who are getting into it now is: Do the unthinkable.   Don’t let anyone tell you it cannot be done, don’t let anyone deflate you and politely ignore everyone who brings negativity into your film life.  Having the passion, the discipline, the determination and the desire is more than half the battle.  That is what drives you as a creative individual and a human being…that is where one finds the courage to go on.

And there is no better feeling in the world as a filmmaker than to be able to share with the audiences one’s work.  So, please, enjoy the “2012” webseries because it is there for you all to watch.   Season 1 consists of 8 episodes of approximately 10 minutes each and they are all currently online via Youtube.

Thank you Film Courage for allowing me to tell the world how much I love filmmaking.

A multiple award winning writer and filmmaker, Julio’s latest accolades come in the form of the “FILMMAKER ON THE RISE AWARD” and “BEST SCREENPLAY” awarded in NYC.?

Being the founder and creative director of Quetzal Productions, since 2005 Julio has been the producer, writer and director of three feature films, a 100 minute web series titled “2012” and over half a dozen short films. The short films are enjoying non-exclusive world-wide distribution with Ouat Media and are being broadcast regularly on TV in Canada, USA and Guatemala.??

Successful in the film festival circuit, Julio has been directly showcased at the XXIV Festival Del Cinema Latino Americano Trieste and the Queens International Film Festival. His movies have also played, as well as having received awards and nominations in film festivals all over the world. Julio’s recent film festival experience also include jury duties in Mexico’s largest short film festival “Cine A Las Calles”, including Guatemala’s first edition of such.??

An accomplished screenwriter, Julio has had multiple “writer-for-hire” contracts, leading to numerous major projects in development, including two dramatic epic stories, SIMON BOLIVAR:LIBERATOR and MARCO POLO AND THE COURT OF KUBLAI KHAN, co-written with TJ Mancini ( writer/producer of Sydney Lumet’s FIND ME GUILTY) and the classic story THE HUNCHBACK OF NOTRE DAME, co-written with Max Ryan (from DEATH RACE and SEX AND THE CITY 2), which is now in pre-production in Poland. 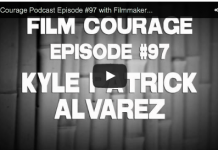 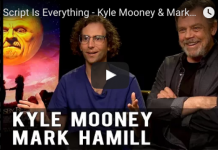