All through Day 2, one of the chief topics of conversation was how to shoot a scene with prop glass.

Let me explain. In the scene, an actor has to throw a wine bottle against a door, thereby breaking it into a gazillion little pieces. Generally speaking, actors don’t like it if you ask them to deal with real broken glass, what with it’s ability to draw blood and everything. So, you have to deal with prop glass–the sort of stuff they use in the scenes where the stuntman jumps through a window. We have one molded in the shape of a wine bottle. We’re also (naturally) shooting in a one camera setup. Do the math and we’ve got exactly one chance to get everything perfect. One. You never want only one shot at getting something on film.

So what do you do? You rehearse the hell out of it. You make sure all of the actors know exactly what’s going to happen. You make sure the crew knows their moves in detail. You leave as little to chance as humanly possible. And even then, you’re skating on some thin ice. Remember that even after doing a perfect take, very often a director will opt for a safety, just in case something goes wrong that no one spotted.

One take is scary. One take where the key prop is going to be destroyed is even worse. If you’re smart, you start looking around for contingency plans. Newell, our stills photographer, is using a 7D, and while that isn’t really the same as the AF100 Paul is using, it’s not that different in the great scheme of things. Close enough that should something happen to the footage on the AF100 (a very remote possibility), the footage on the 7D could work in a pinch. So, we set Newell up next to camera to record it as Option B.

Me, I’m recording it on my camera in case something goes wrong so we’ll have footage of the f*ck up.

Of course, it goes off without a hitch. Nothing ever goes wrong when you’re prepared for it to go wrong. It’s always when the camera is in the other room or something.

But it’s the preparation that’s key. The other big event is that we’re being visited by one of the FAVOR Kickstarter backers. Sort of. One of the backer rewards was that the backer got to do a 1 hour Skype session during filming. What that means in reality is that a backer is live on Skype via Paul’s iPad as we film. Remember Bruno, the garbage man who would carry Oscar the Grouch around? Being in charge of the iPad is kind of like that. He gets passed around, and while I can’t speak for him, it seems like a pretty sweet perk. He watches the takes, and while lights are being tweaked, the actors talk to him about life, the project, and what drew him to back it. This is the sort of thing that we should all be doing. It’s a personal touch. People love it. Provided your equipment and location make such a thing possible (it might, for example, have been tricky on UP COUNTRY, but when your primary location is a house with wifi? It’s a no-brainer.

At least it should be. As common sense as getting out that second camera, just in case the first one fails at a critical time. 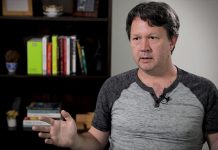 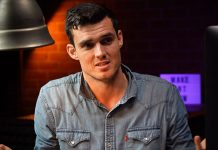 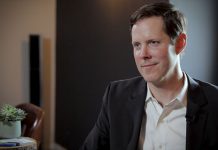 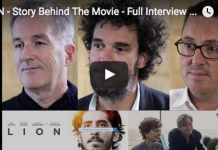 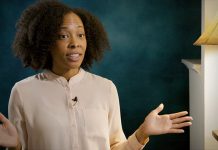