Every filmmaker faces this problem, or if you haven’t yet, you’ll have the pleasure of the experience some day soon.  Trust is built, things don’t go the right way and then…. BAM!  You find yourself laying on your back looking up and wondering what went wrong.

Recently I found myself in that situation.  My friend and original producer (Phil Cronin) who had died, once gave me the advice to not have 1 investor in a film.  Obviously we all would want to heed to that advice, but life doesn’t always hand us the deck of cards we want to play.  I would have several investors interested, but for one reason or another things wouldn’t work out.  Then I was contacted by a producer who respected my work I did with AWAKENING and wanted to look at my business plan for my next project.  We had a number of serious discussions and things moved forward.

I had the cast selected for The House.  They weren’t A-list, B-list or whatever other list actors that people pursue… but they were exactly the right fit for each character.  As the old Cinderella line goes, “if the shoe fits, wear it.”  I couldn’t have found a better actress to play Anne Peterson than Lauren Moss, or a better Agent Cross than Erika Hoveland, or an Agent Portman than Grover McCants… and yes… I’d even dare to say a better Jack Peterson than myself  (even though I had wanted someone else so I wasn‘t wearing another hat).  And all the other cast members fit their roles as if I wrote the roles for them.  Schedule was set.  We were working out costumes, running rehearsals, collecting up extra money needed via crowd funding and working on location scouting.

What occurred is what people term “producer meltdown.” Google the term and you’ll find some interesting scenarios.  Basically one or several of the producers come to a point in which either the production is canceled or one or several of them pull out of the project.  It can be the fault of one producer, or just simply coming to a point where the producers find the situation non-compatible.  That is basically what happened with THE HOUSE.  One of the important producers involved in the project, who was also investing the lion’s share of the budget, and myself both, came to a point where it just wasn’t going to work out.  I’m not going to go into detail, but in hindsight I should have seen this coming from the beginning.   Co-producing is a delicate balance.  Either the personalities and agendas can work together or not.  It’s not just about making a film.  I wish him the best with his productions, but it wasn’t meant to be.

So that left me when a dilemma.  August is pre-production, Sept is our production date.  And now the lion’s share of the budget is gone…

So what do you do when the rug is yanked out from under you?  There are really only two options you are given:  quit or move forward.

When faced with a dwindling army On New Years Eve of 1776, George Washington decided to do the crazy thing… attack.  He had lost every battle he had fought, thus far, in what would be known as the American Revolution.  He was even given deals by British commanders to quit.  They were very generous deals.  But he had refused.  Now with the impending reality that the contracts with his army of 1,000 soldiers was about to run out the next day, with little food, many of the soldiers now with barely any boots, and expecting his enemy to circle around and crush his army… the end was near.  Ever seen those paintings of Washington in a boat with some soldiers, crossing an icy river?  Yes, that would be known as the Battle of Trenton.  It was fought on New Year’s Eve, 1776.  The irony is that there was no army circling around to attack him from behind.  He lost only one man in the entire battle and that man died of freezing to death, not gunshot wounds.  He defeated the army of German mercenaries that the British had hired to hold Trenton.  The battle was what was needed to inspire hope in the cause of the American patriots to keep fighting for what they believed in.  Washington is his desperation had believed that he needed to push forward and by doing so he led his army to cross a freezing river and attack the enemy at night, wining the battle. 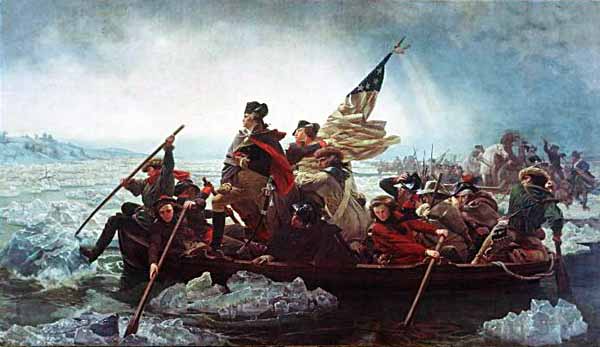 What happened?  In the most bleakest hour  of a project, goal, dream you can acquire just enough courage to say, “I’m not backing down!”

That’s what I did on July 18th.  I contacted my cast.  I was honest and transparent about the situation I was in.  And even told them that if they wanted to back out that I would understand.  You know the funny thing that happened? One by one they responded they weren’t backing down either…

Then something unexpected happened.   About 10 hrs later I received an email asking how much money was missing and asking for a few more details.  What transpired was a conversation about someone else stepping into the position of producer/investor.  About a week or so later we had made our deal.  They were stepping in as the main producer and providing the necessary funds to keep moving forward. 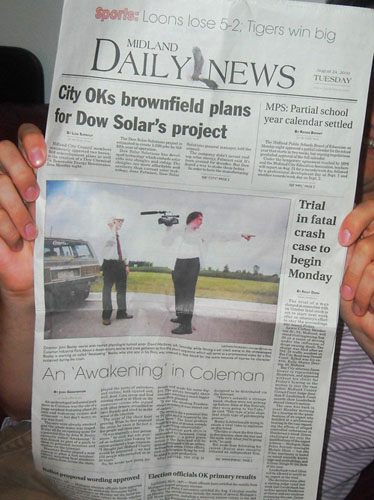 There are still more funds that need to be raised to bring this film to the level we are pursuing.  Myself and the cast/crew are going to continue to “get creative” and push this thing forward.  But you can also join our crazy cause, because…  something magical is happening with this film.  And as you can expect, I’m “not backing down!“

You can follow up on The House Film Project on their site as they are about to go public on Foreshadow, the micro-pilot for the film and go into production this Sept. 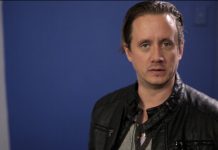 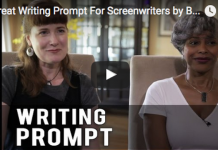 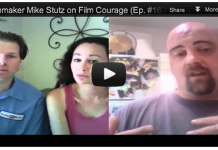