at the LA Premiere of KEVIN

Jay Duplass greets guests as they line up for the films.

Jay introduces the films to the audience
(The Luthier, Frank Farfield, and KEVIN).

Jay Duplass tells a few stories not covered in the film KEVIN.

Kevin Gant plays several amazing songs, along with jokes and funny stories.  The audience ate it up.

Kevin Gant signs an autographed copy of this CD for us.  Kevin mentioned to us that he’s a huge supporter of Film Courage and gathers much inspiration from our interviews/articles.  We were touched, since we are in awe of his music and story.  It’s nice to hear someone we admire return the compliment.

Kevin Gant sells CDs and talks with fans who rave about the film KEVIN.

Great night to be had.  Cinefamily at The Silent Theatre is a welcoming venue.  They also sell giant cupcakes at the concession stand…

We highly recommend you catch KEVIN on its festival run.  The movie inspires and uplifts.  Jay Duplass captures Kevin Gant’s incredible spirit and talent in this 40-minute doc about Kevin’s journey.  We wished the film was a feature! 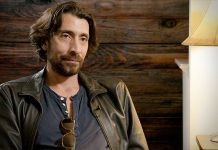 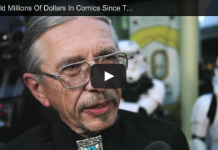 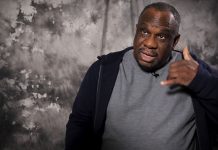 When It’s Time To Quit Hollywood And Move Back Home by...