You know the movie where the white kid from the country goes to the big city for the first time, only to see the bright lights have been replaced by urban blight, graffiti, old cars on blocks, and all sorts of frightening stereotypes? That’s what it’s like to drive through Camden, NJ, even on a Monday at 10am. Camden, if you aren’t aware, is pretty much the poorest, most dangerous place in the whole country, and has been for about a decade. It’s not exactly the type of place a kid from Maine who went to private school spends a lot of time. So what am I doing there? Well, that’s where our long-time t-shirt company is located. I’ll let head honcho Adam Woods explain why:

The city of Camden, New Jersey is not without its problems. Consistently ranked among America’s poorest and most dangerous cities, a quick googling of Camden, New Jersey, says it all. We’re excited about Camden’s potential for rebirth and we want to be a part of it. So far we’re trying by paying between double and triple the prevailing local wage, offering discounted health insurance to our staff, emphasizing sales on American-made and fairly-made goods, and staying on the cusp of our industry’s efforts to "go green." Adam Woods, in particular, has been one of my most ardent supporters. I used to write for a magazine he ran back in the day and Adam designed the t-shirt worn by Kieran Roberts in UP COUNTRY. So when I was designing the Kickstarter campaign, Adam was one of the first people I contacted. He agreed to make our shirts for super cheap, so being in the area, I stopped in to see how that was going. Plus, we needed to start brainstorming what the A Year Without Rent shirt itself should look like. Sure, we could just put the logo on a shirt and call it good, but what fun would that be? 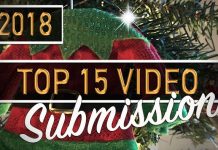