A traveling tip from me to you: let’s say you have to get on a train that leaves at 7:20am and you’ve been up drinking until 4am. Find some Red Bull and just stay up. I know you think you’re very responsible and will surely get up in an hour or so, but you won’t. You’ll end up waking up at 6:51am and panicking when you realize that you never did get around to packing the night before.

Fun fact: did you know that depending on where you are in Pittsburgh, you can get from a dead sleep in an apartment to your seat on the train in 24 minutes? It’s true!

Anyway, the train took me to Philadelphia, where I managed to get in the wrong car before finally being whisked to Aston and Sun Center Studios, the location for Dave Bullis’ GAME OVER. GAME OVER is in name a TV pilot. The plan is to shoot this pilot episode and shop it around to networks and such. That’s Plan A in the sense that every indie film you work on would really like to get into Sundance or one of the bigger festivals. Of course, you’ve got to have a fallback plan in place. Theirs is to turn the show into a web series. A pretty reasonable Plan B, if you ask me.

I don’t know a lot about the series going in, other than the fact that it’s about “the worst video game store in the world”. Off-topic, that’s more than I know about video games themselves. (But I will kick your ass on Mario Kart for the Super Nintendo. Don’t even try.)

I arrive the day before and they’re putting the finishing touches on the set. My first task is to take some magic markers and greek out video game cases in order to hide faces, logos, titles, basically anything that could get the production in legal trouble. There’s probably 200 of these that still need to be done, so there’s no way I’m going to finish in time. The plan is just to swap the finished ones around as needed. From there, it’s over to Neumann University (never heard of it? Me either) for a production meeting with the world-famous Leah Cevoli. It’s around that point that I realize I haven’t eaten all day. I’ve also had very little caffeine and no alcohol. This is Philadelphia. Shouldn’t they be handing out cheesesteaks when you get off the train?

I get easily distracted when I’m hungry and tired and holy shit, they have cases of Four Loko here. Must. Resist.

Where was I? Oh right. Tomorrow we start on GAME OVER. Call is 7am. Must sleep. But first, an actual conversation: 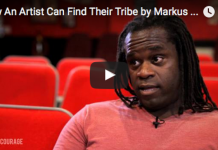 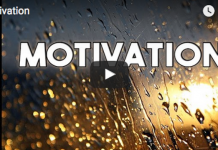 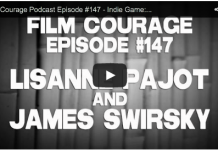