In the early stages of planning this adventure, we knew that one thing we’d face is the fluidity of indie film schedules. Because, let’s face it, even big-budget films change shooting dates all the time. And with indie film, it’s even worse, as you’re often forced to work around some really random scheduling quirks. So we knew from experience that people would end up canceling, or having their schedule change. These things happen.

Of course, we didn’t quite anticipate this much shuffling.

In the first 5 weeks, we’ve had 6 projects either move or vanish on us. Some of them have shifted their dates and we’ve been able to pick them back up. Dave Bullis’ series GAME OVER being one such example. They’re up next–in Philly–and provided I don’t get any bad emails today, I’ll be getting on a train tomorrow morning to head over there.

Others, like Victoria Westcott’s LOCKED IN A GARAGE BAND, had to reschedule, but rescheduled into someone else’s dates, which creates what I guess you’d call a good problem, but it’s a problem nonetheless.

And some, like the film I was supposed to be working on this past week in Minneapolis, have been postponed and/or cancelled, which pretty much means that the money went away and if it comes back, the film will happen. It sucks, but that’s the reality of the situation.

But when a project cancels, where does that put yours truly, your couch-surfing hero? Wellâ€¦in limbo.

One of our expectations was that in the wide, wide world of indie film, there’s always something happening. Or, as Phil Holbrook said, “I figured you’d be overwhelmed with projects” (so did I). And so the thinking was that:

1) Yes, schedules would shift all over the place. We knew that. But we didn’t think we’d have so many. Are we just “running bad”, as they say in poker? Maybe. But maybe not. There’s really no way to tell.

2) How hard would it be to fill in a day here and a day there? Especially if we had more projects than we knew what to do with? Seemed like it would be pretty easy. But we’ve had a lot fewer than we thought so far (although, that’s certainly picked up recently). Couple that with more cancellations than we anticipated, and you’ve got lots of gaps in the schedule.

3) The stuff we’ve been able to find that could fill in the schedule hasn’t been all that feasible. Could we fly to, say, LA and do a day on something? Sure. But our budget simply can’t swing the cost of a flight vs. that amount of time. Now, if we need to fly to LA for 2 weeks, that makes a lot more sense, but we have to be careful that we don’t stretch our budget too thin. No one benefits from that. Maybe part of that is timing. I was in Chicago for a couple of days recently and was kind of surprised that I couldn’t find anything that was filming for a couple of days. And we had some pretty well-connected people asking around. And now, of course, there’s something in Chicago, but it conflicts with the Philly shoot. So it goes.

It becomes a domino effect. We’ve tried to schedule smaller stuff (1-3 day commitments) around bigger stuff (features, mostly) in that general section of the country. But when a big project goes away, it makes it really hard to justify driving 2,000 miles for a smaller thing. So when one thing gets cancelled, it makes everything around it that much harder. Sometimes we can fill dates at the last minute, but often we can’t.

So what happens when we’ve got a week to kill? Well, this week I got on a plane and flew to Pittsburgh, which is one of my “safe” spots where I can just show up at someone’s door and crash for a couple of days, no questions asked. That sort of fall-back plan has been more valuable than I thought it would.

Which is not to say that the week I’ve spent adjusting my blood-alcohol level hasn’t been productive. I’ve been able to catch up a little (mostly on my sleep). I helped a friend of mine shoot some video for his job. I spoke to some MFA students at Chatham University about the project and the various ways that filmmakers these days have to network and utilize social media to help tell their stories. And we may have lined up a cool thing or two that could pay off down the road, but I don’t know if I’m allowed to talk about that yet. So it’s been quietly productive, you could say. But probably the most value has come in the opportunity to recharge my batteries a bit. I was starting to run out of steam for a minute there. And if I remember correctly, the schedule is pretty solidly booked until mid-June or so. Cross your fingers that it stays that way. 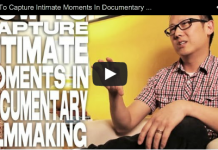