Today, we officially launch this crazy little project called A Year Without Rent as we travel from our starting point in Midcoast Maine to Purchase, NY to work on Mattson Tomlin’s DREAM LOVER. This is a massive project, and one question I’ve gotten a lot from people is "how can I help?" Specifically, "how can I help in my current situation of being broke?"

Turns out, there’s lots of ways.

++ Follow our progress This is kind of general, but the more "fans" of the project there are, the easier everything gets. So, find us on Facebook and follow the blog(s) and everything. There will be a lot going on and there’s strength in numbers.

++ Watch the videos with ads This seems obvious, but apparently it isn’t. The daily videos are going to run in a bunch of different places, but in some places they’ll run with ads. We get money from those ads. Roughly $1900 per 100k views. Now that’s a lot of views, but with a daily video over the course of the year, it ads up. So watch the videos. Or, hell, don’t watch them, but just click play on your computer a bunch of times. Sure the ads are annoying, but they’re helping pay for gas. Start out with this one:

Was that so hard?

++ Got a couch? A lot of people have volunteered their couches for when we hit town, which is fantastic. It saves us the cost of a hotel room and/or sleeping in a car. The easiest way to know if we need a couch is to follow @lmcnelly on Twitter (or, @YearWithoutRent). Twitter is far and away the quickest and easiest way for us to put out a call for help.

++ Engage Let us know how we’re doing. Give us tips on projects. Tell your friends. This project will only be as cool as the audience lets it be. Let’s make it super fucking cool.

This Sunday I’ll be on Film Courage, talking about the project in some depth. But for now, if you’ll excuse me, I’m due in New York in a couple of hours. 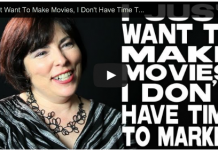 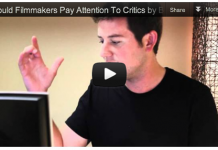