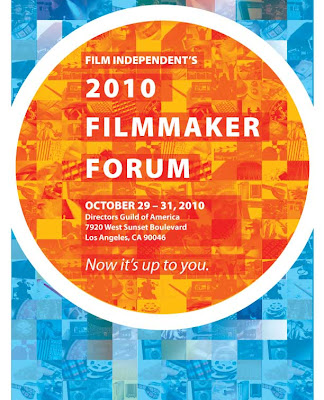 David Branin and I had the great fortune of attending the 2010 Film Independent Filmmaker Forum at the Directors Guild in Hollywood. As with last year, the weekend went by with us wishing we had one more day listening to panels speak on everything from piracy to Nine Inch Nails Trent Reznor’s business model. I measured how a year’s time had broadened my prospective on filmmaking. I tested myself to see if the information from the panelists was easier or harder to understand than last year. Attending the Forum made me realize I am a little fish in a big pond. It made me think back to a former sadistic colleague of mine who gleefully reminded me “you don’t even know what you don’t know.”

In prior discussions at other events and on his blogs, producer Ted Hope has reminded us that the world is a different place since 2008. The fragments of the global economy and our prior consumption habits have yet to shake themselves out. In keeping with this theme, the general consensus of the panelist was that none of us are certain where the film industry is headed. As one panelist mentioned, this paradigm shift is both scary and exciting at the same time.

Although David and I did not catch Joe Drake’s (Lionsgate) opening Forum address in person, I watched video footage of the speech on Youtube. Mr. Drake reminded the audience of author Malcolm Gladwell’s (Outliers, The Tipping Point) much talked about 10,000 hours of hard work to achieve mastery at something. Drake revealed his own journey taking 10 to 12 years. Drake commented that if you weren’t willing to commit endless hours to this pursuit, you might as well leave the event and find what is worth your time. Among the many other pieces of practical advice he gave, “If you want to see which films sell, visit your local Wal-Mart.” Also worth noting was “It’s not enough to have a dream. You have to have a plan.”

Some other interesting concepts that resonated with me during the Forum were:

1). Friendsourcing: Wendy Cohen, Manager of Community and Alliances at Participant Media discussed this interesting concept that is somewhat lost in the wake of crowdfunding, Twitter, and constant pitching (which I have been guilty of). She introduced ‘friendsourcing’ as gathering people in your network as friends, not just as bodies to sell to. She advised keeping people updated on your projects and making them feel a part of your work. Telling individuals in your network about your successes, without asking anything from them. Hopefully, everyone on your e-mail list takes this the right way.

2). Taking Great Stills: An idea that seems like a no-brainer amongst a crowd of filmmakers was hammered through numerous times. Many panelists stressed the importance of taking great stills while on the set. They mentioned that many times this is neglected in various ways. Sometimes directors think they can slow down footage frame by frame in order to pick a few great shots, but this does not always work. Other times photos are taken on set, but they don’t convey the right message. They advised planning out where and when you want photos taken, similar to micromanaging your photographer in order to get the right shots. On the flipside, the panelist also warned against inundating your site or blog with too many photos, which might overwhelm a potential audience.

3). Perception’s Everything: “When it comes to attracting funding for a film and name talent, it’s a real smoke and mirrors act” says Dean Zanuck of Get Low and Road to Perdition. You have to convince investors that you have name actors in the project, and you have to convince name actors that you have money behind the film. You need both. And it’s difficult to obtain one without the other. Dean also added that every project is a new opportunity. Each film you’re involved with brings new people, new places, new relationships, and even new problems.

4). Relying on The Gatekeepers: Force yourself into the public. With the Internet, you don’t need the studios to do this, as one panelist said. Additionally, you can never really trust that a studio will promote your film as much as you can.

5). Utilize Film Commissions: Many filmmakers do themselves a disservice by foregoing film commissions. As panelist Han Fraikin, Commissioner at Quebec Film Council explained, Film Commissions are conduits. They not only advise filmmakers to prevent them from getting tickets or even arrested. They can help filmmakers obtain better rates on goods and services. Think (possible) free office space post real estate meltdown, police escorts, free location scouting, and cheaper hotel rates.

6). How Many “No’s” Til You Get to the Center of The Tootsie Pop? Producer Dean Zanuck reminds us “Start with the rock solid belief in yourself. Ninety-nine percent of the time the answer from people about your project will be ‘no.’ But you will just have to keep going. Over time you will find people who believe in your work.”

7). Can We Be Too Indie For Our Own Good? “We all want to exist in this industry, no matter how independent we are. It’s a matter of getting your work out their regardless.” Explains Easier With Practice’s Kyle Patrick Alvarez, who won the 2010 Sprit Award Someone To Watch designation.

8). The Voices in Kevin Costner’s Head: “The great hurdle lies in once you’ve finished the film, then what?” says Shelby Stone of Lackawanna Blues and Life Support. There’s been much debate about what many call the Field of Dreams Approach (building it and they will come). Ask someone with a film set to show in a city outside their hometown and they’ll probably have an opinion.

9). Analysis Paralysis: Mike Masnick of Techdirt and Floor64 asks “Are we over thinking the business model? Do people think if a movie is going to be on DVD in a few weeks, why watch it in theaters? Movie going is a social experience. Similar to the concept-you can eat dinner at home, but people still go to restaurants.”

10). Mike Masnick also reminded us that water is something we can get for free but we still pay 2 to 5 dollars a bottle for it. With piracy – films may be available for free but we may still purchase them. It’s our job to make it a premium that people want to pay for. “We are all in the water bottle business.”

11). Last But Not Least: Parting words from Dean Zanuck – If you sign your name to anything, get an attorney to review it, even if it’s your friend’s dad. 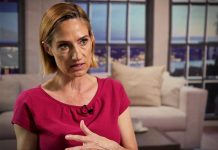 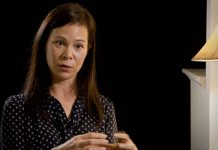 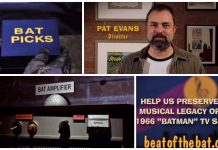 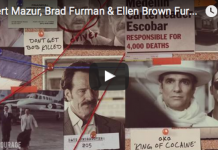